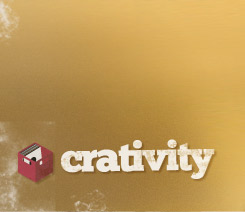 My disco-weasel friend Josh Goldman (aka DJ Klas, aka Replay) is a one of the most knowledgeable soul and disco collectors around.  I’ve learned about at least a dozen great records from him personally, but usually can’t ID more than a record or two when I hear him play.  His first edit release (on his own Secret Weapon Time label) is the same as his sets–obscure and wonderful.

I have no other information on these songs, what release they’re from, or who the artists are; I only know that they’re very rare.  As for the edits: only 113 copies were pressed, and this release will never be repressed.  So don’t blink, or you might miss it.  Almost the entire run sold out presale, but a few dozen remaining copies should appear at Earcave (US) and Red Light Records (Holland) in the next week or two.

Mark’s mixes are always a real pleasure to listen to.  In the past year or so, I’ve become a huge fan of his always-on-point selections–and a regular buyer of select pieces of his collection.  Once you’ve checked out this new mix, you’ll probably want to listen to a few others.  My personal favorites are probably the “Rua Carioca” and the “Toque Tropical” selections, but all of them are wonderful.